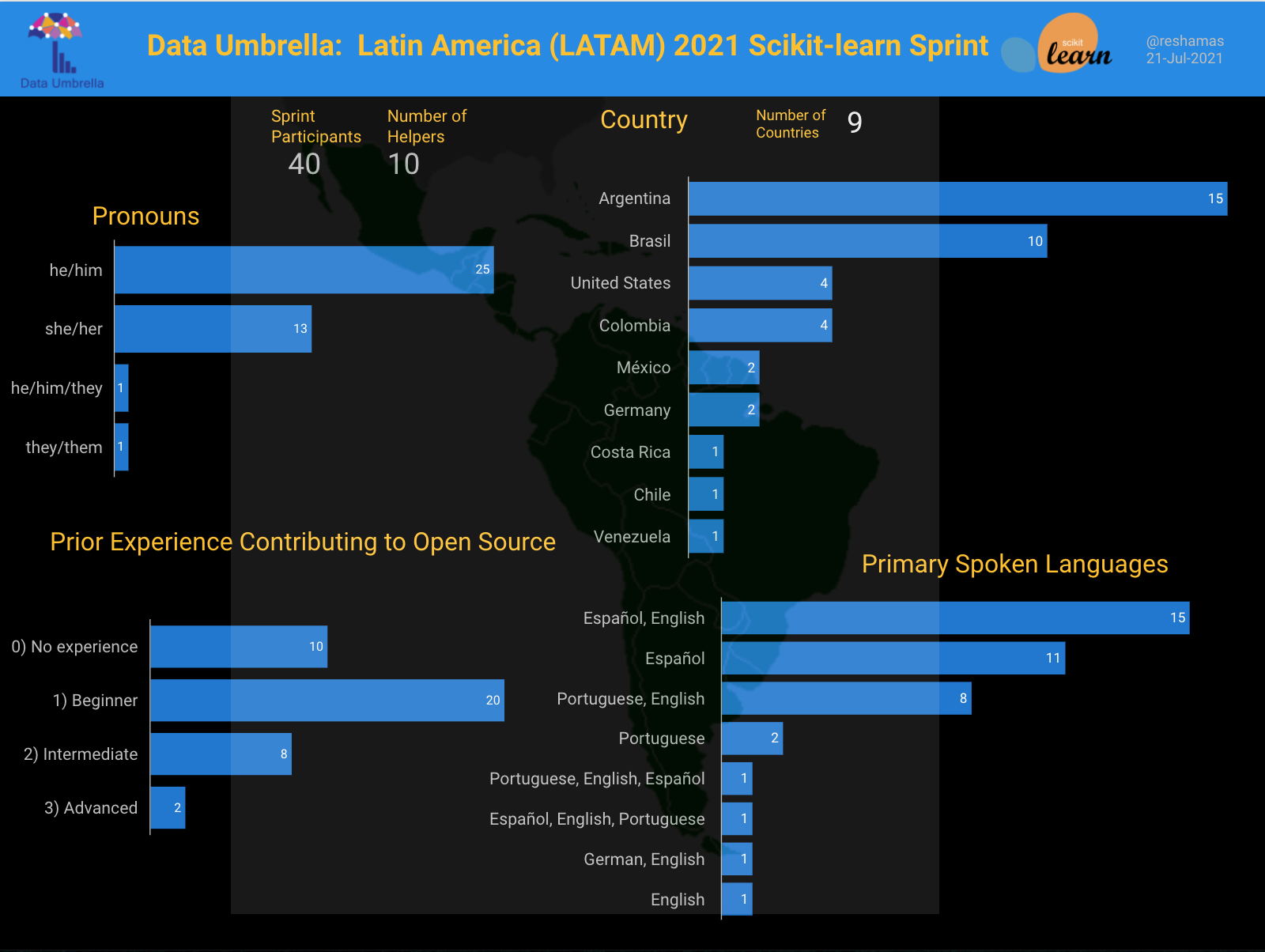 This “sprint” is a hands-on hackathon where participants learn to contribute to scikit-learn, a widely-used Python open source, machine learning library.

This sprint was organized by Data Umbrella to increase the participation of underrepresented persons in data science, with a focus on the geographic region of Latin America (LATAM).

This report focuses on the summary, impact and lessons learned of the Data Umbrella LATAM scikit-learn sprint. 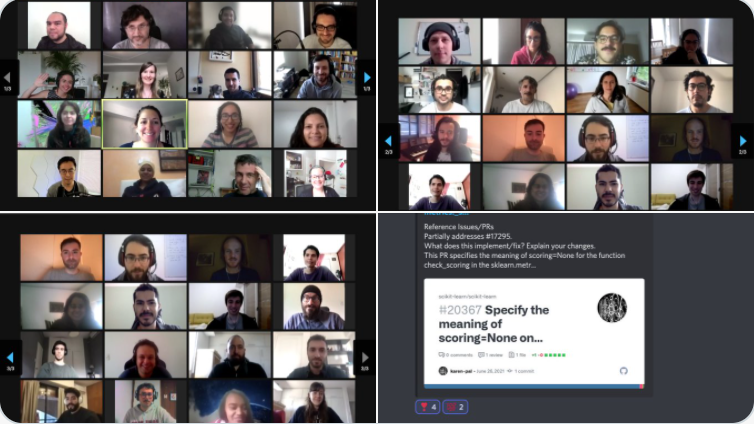 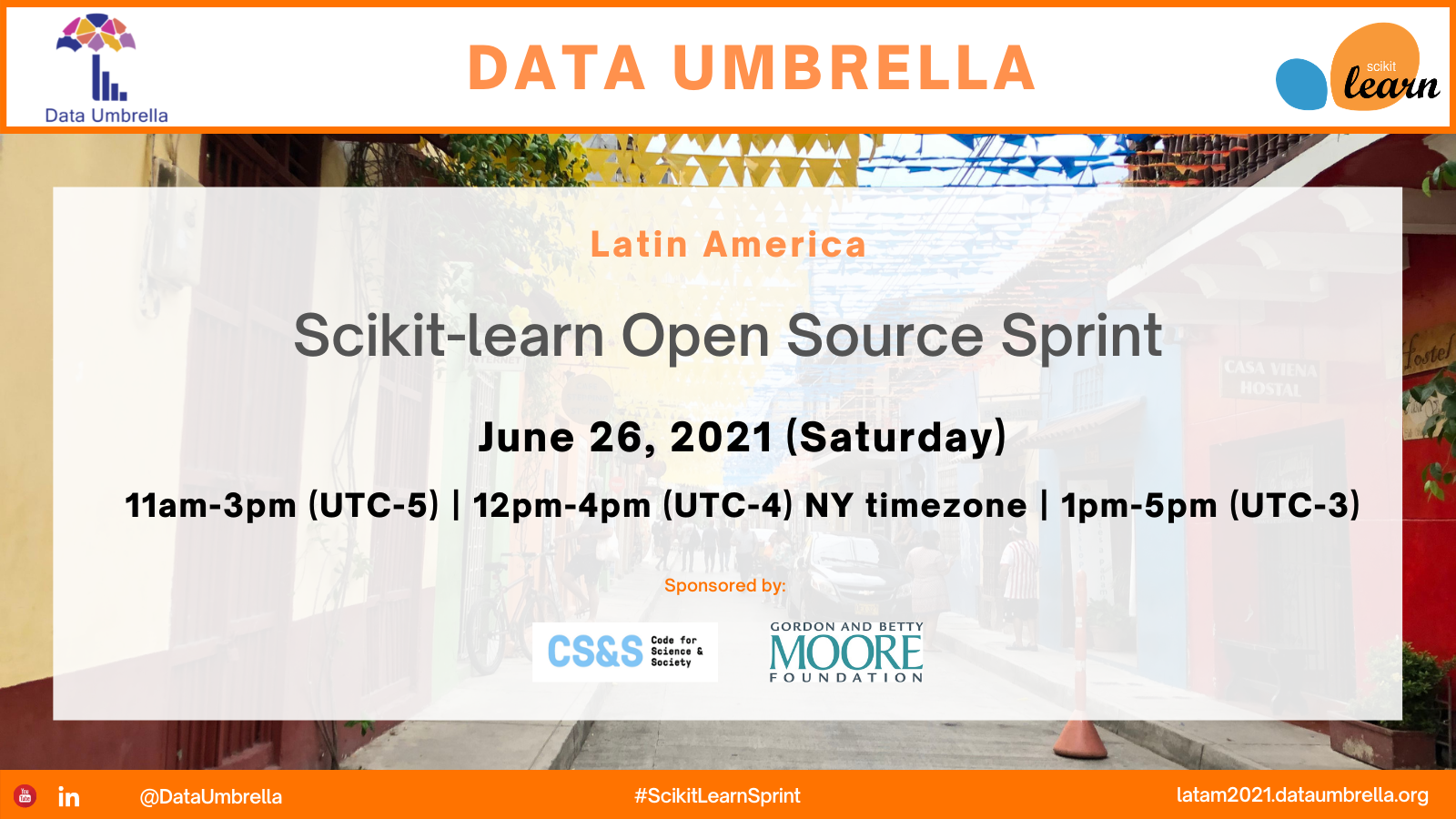 This event was funded in part by a grant from Code for Science & Society, made possible by grant number GBMF8449 from the Gordon and Betty Moore Foundation.

This sprint was a 4-hour block of time with pre- and post-sprint work required.

Participants were encouraged to keep contributing to scikit-learn or other Python libraries, using the skills learned in this event.

The sprint officially ran 4 hours, which is limited time to submit a PR. The participants continued to work on their sprint PRs throughout the weekend.

Office hours were set up 2 weeks after the sprint where some of the scikit-learn core contributors were available to answer questions on open PRs.

Contributors joined from 9 different countries. Country information was provided based on where participants were joining from. Argentina and Brasil had the most participants, for a total of 25 of 40, almost 63%.

These other countries were also represented in terms of contributor background: United States and Germany.

The countries in the Latin America region with the most applicants are:

Applications from regions outside of Latin America include:

The sprint was in English with translators available to translate into Spanish and Portuguese. Languages spoken by participants included: Spanish, Portuguese, English, and German.

75% of participants identified as having “none” or “beginner” level experience in contributing to open source.

Resources for Contributing to scikit-learn

Because this was a virtual event and there is a limited capacity for being online for a full 8-hour day, a checklist was provided so folks could do preparation work at their own pace prior to the sprint. Resources for Prep Work are available on the sprint website.

A Checklist with highlighted notes to indicate updates from videos was also included.

This visualization shows which resources were used for sprint preparation. Note that n=21, which represents those participants who completed the feedback survey.

Aside from the number of PRs that were merged, there is non-quantifiable impact of the open source sprint. Some examples include:

Sprint outreach can be considered an impact. Even if folks do not attend or apply, the sprint outreach brings more visibility and interest to the project.

This LATAM sprint tweet had ~80K+ impressions and 160+ link clicks: 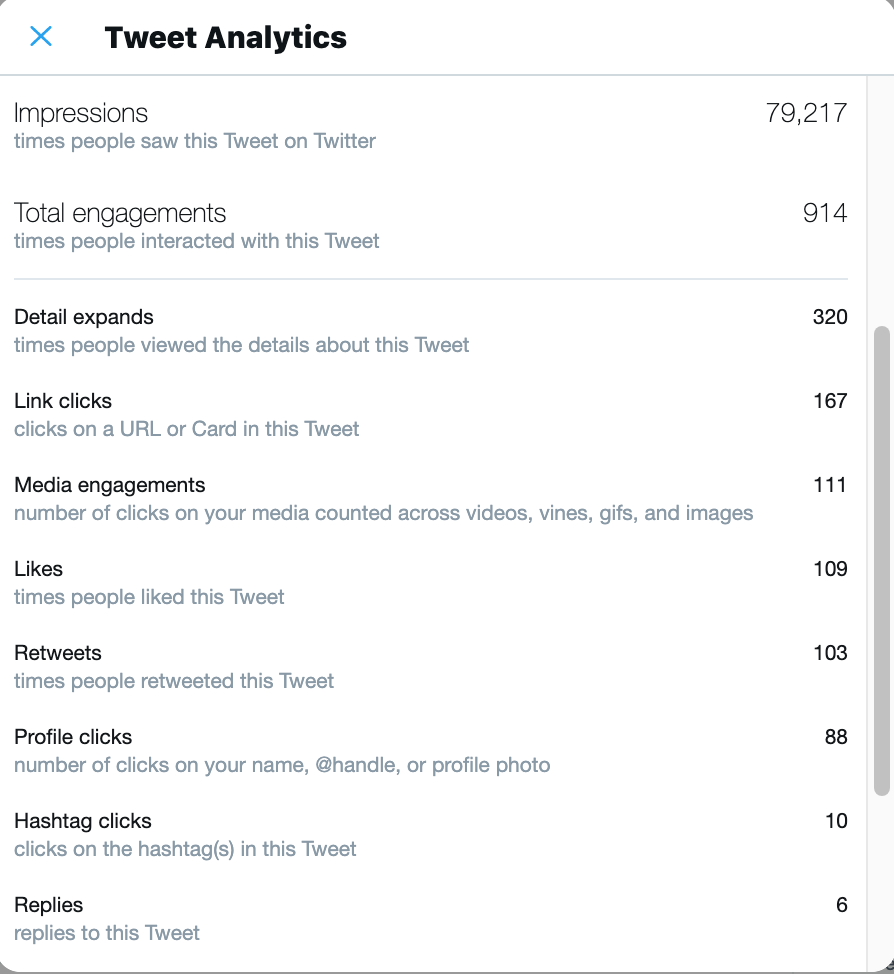 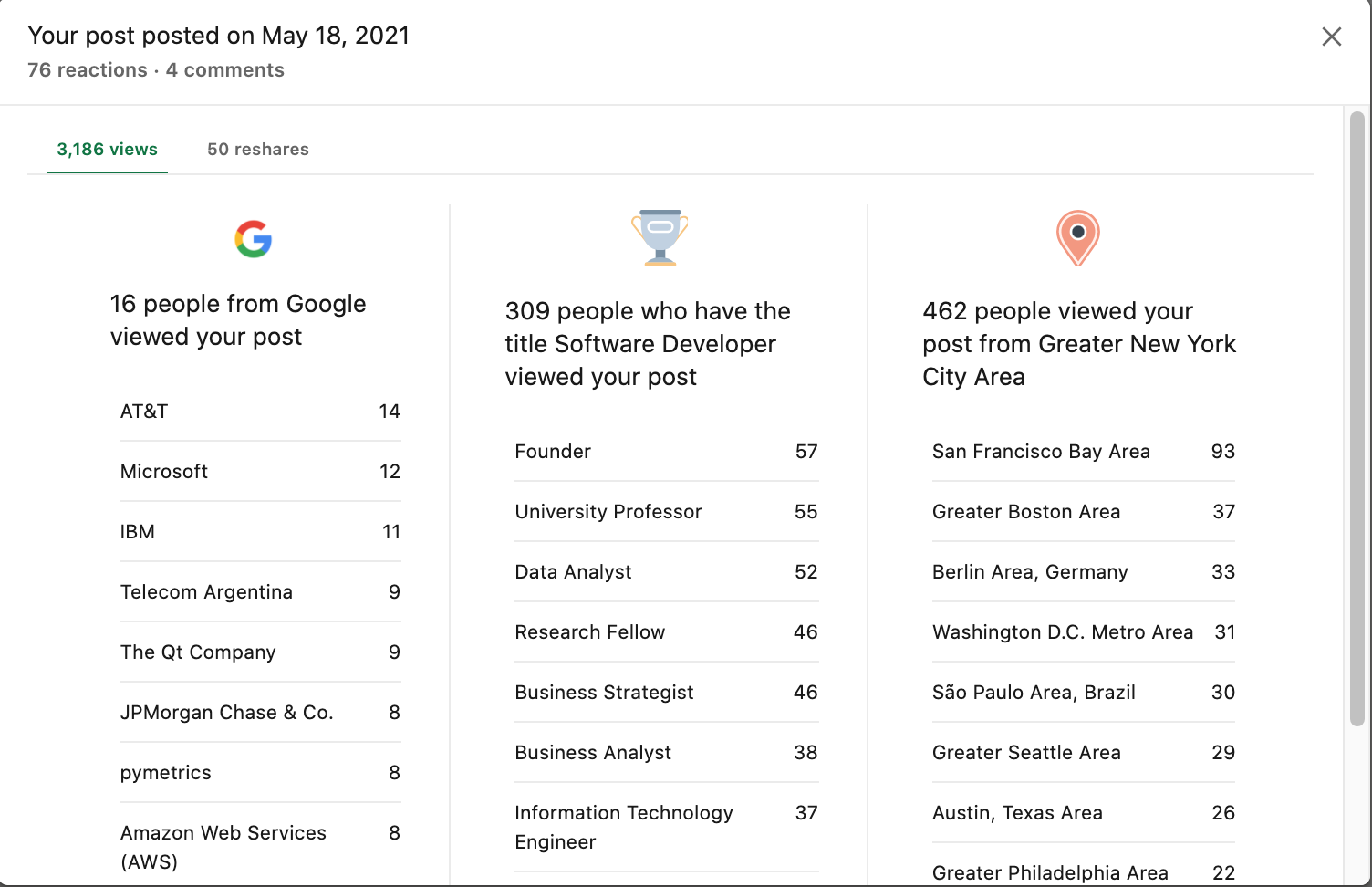 Google Analytics shows the reach of our marketing efforts: 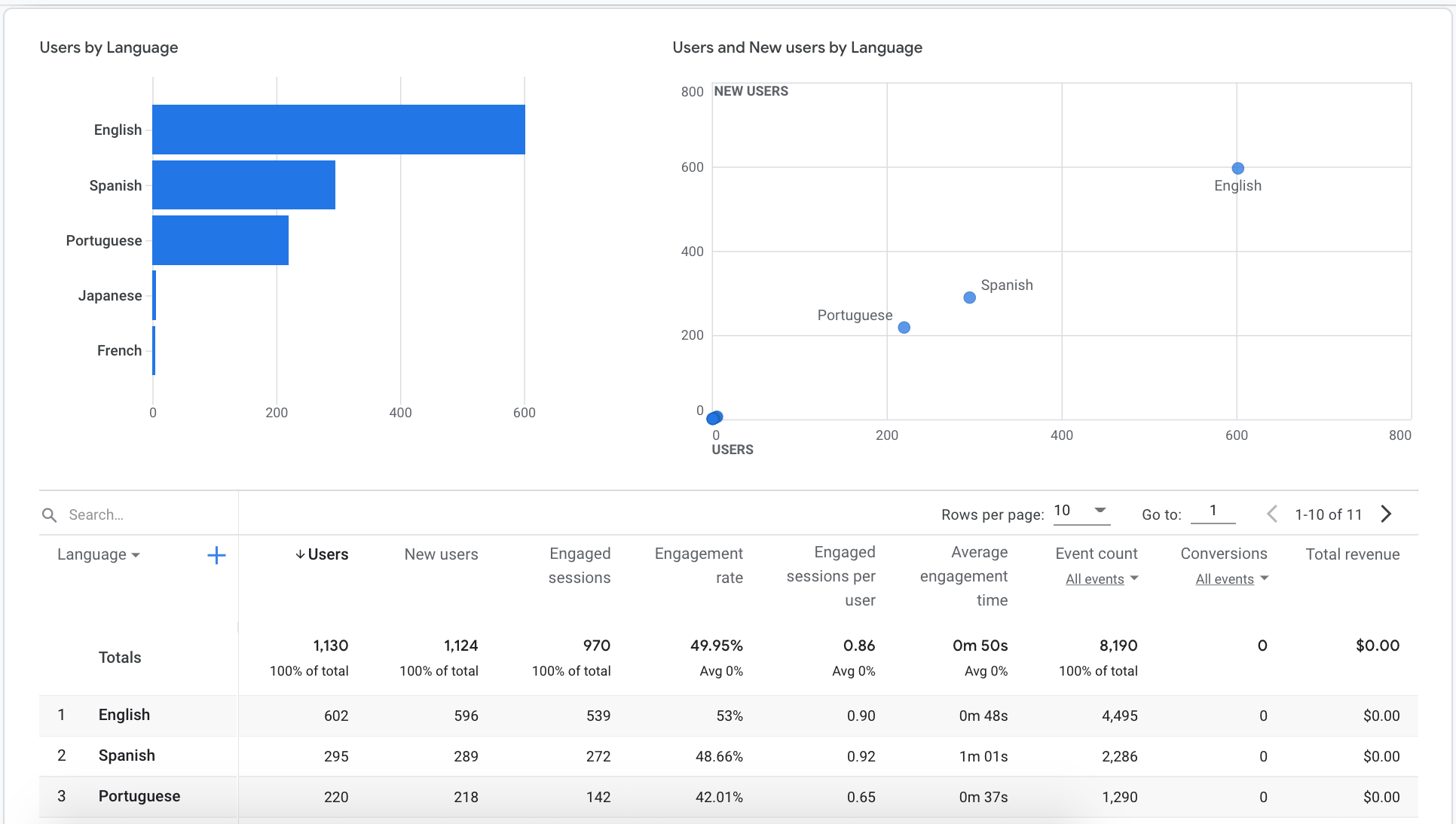 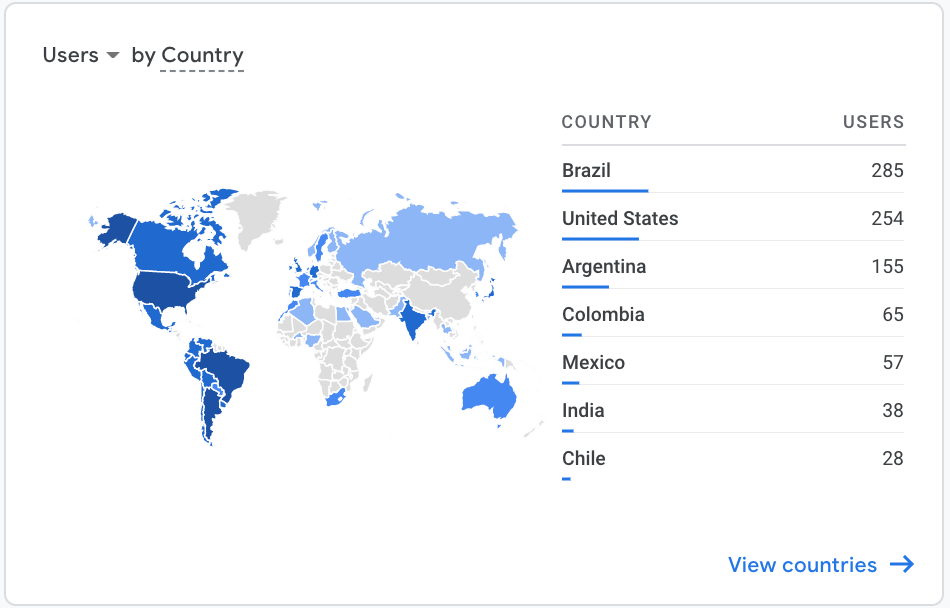 Outreach was resource intensive. The communities exist, and it takes intensive networking and meetings to find communities, the community leaders and the platforms to reach potential sprint participants.

For those who attended the sprint, this is how they learned of the event. The main avenues were Twitter, LinkedIn and their network (“word of mouth”). 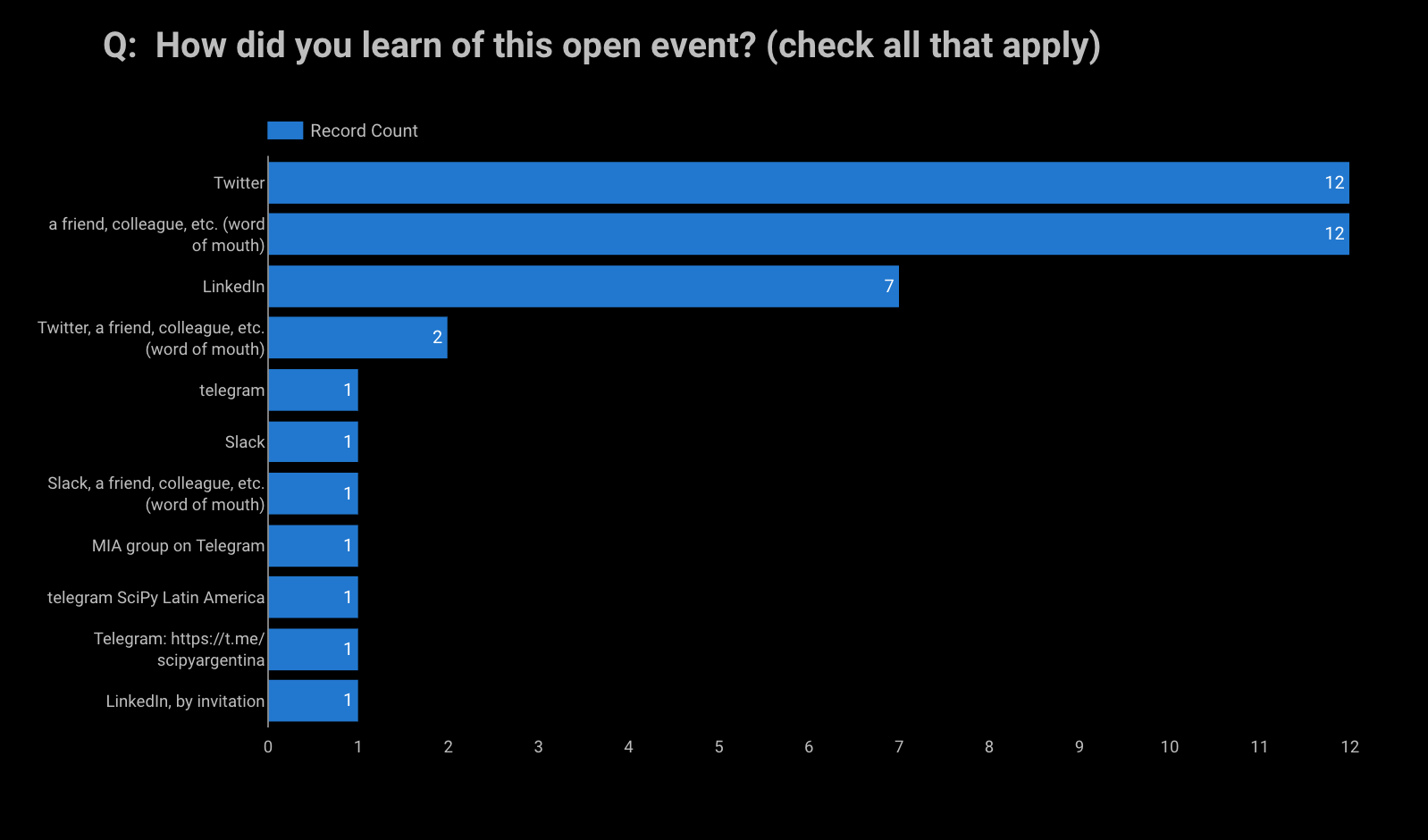 The videos that were created can be quickly outdated compared to static print. Videos are more accessible, but also take more effort to create.

Some of the video content created is outdated. A few of the following items need to be updated:

Responses to the sprint outreach were initially low. The website and social media announcements were translated into Spanish and Portuguese. Also, a number of other resources were translated, including video transcripts and feedback surveys.

We had translators at all 3 events: pre-sprint, sprint, post-sprint.

Adjustments for Next Sprint

Important to have an optional field for “Middle Name” in addition to “First Name” and “Last Name” in the application form for Latin America region.

Reminder to sprint participants to include this hashtag #DataUmbrella on their pull requests so we can track them.

Videos are outdated. Consider if it is helpful to include them in the pre-work.

Feedback has been shared a number of ways:

Respondents rated their overall sprint experience highly favorably and had a positive experience working with their pair programming partner.

The survey was translated from English to both Spanish and Portuguese. This is the breakdown in responses received, by language:

In response to the question “What are your favorite parts about the sprint?”

Some general feedback in the survey:

With a great turnout.
First PR (#20367) has been submitted! pic.twitter.com/opJdHtLXT7

Learning with @DataUmbrella and #ScikitLearn about #machine #learning #OpenSource was a great experience! https://t.co/98wdS2ykgN

So happy to be part of another scikit-learn sprint. I'm having a great time and am learning lots. 🙂👩🏼‍🎓 https://t.co/581dGmG7jk

and a second PR merged! congrats for such a great event @DataUmbrella Everyone was really helpful and welcoming at #ScikitLearnSprint. I can totally see myself continuing to contribute to sklearn 🤩 love the community!#python #datascience #oss #machinelearning pic.twitter.com/xWpgReJT2T

Today is my first time contributing to open-source projects and starting contributing to sklearn makes me so happy cause it's a lib that changed everything in ML, thanks @DataUmbrella for the opportunity #ScikitLearnSprint

Last time I had some issues with my laptop during the The @DataUmbrella Latin America (LATAM) #ScikitLearnSprint, but today I'm on about to do my first PR to @scikit_learn 🤞but first I've to fix all the failing test :P pic.twitter.com/LE6kpJKqFu 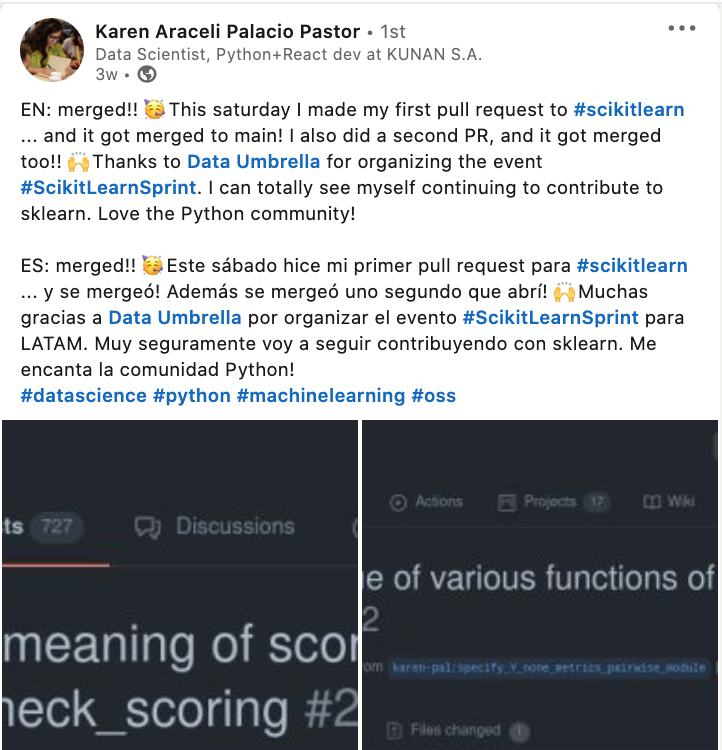 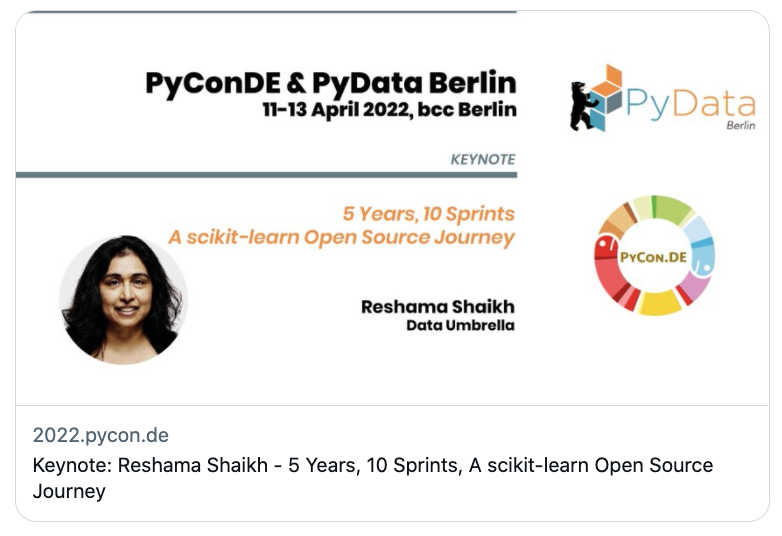 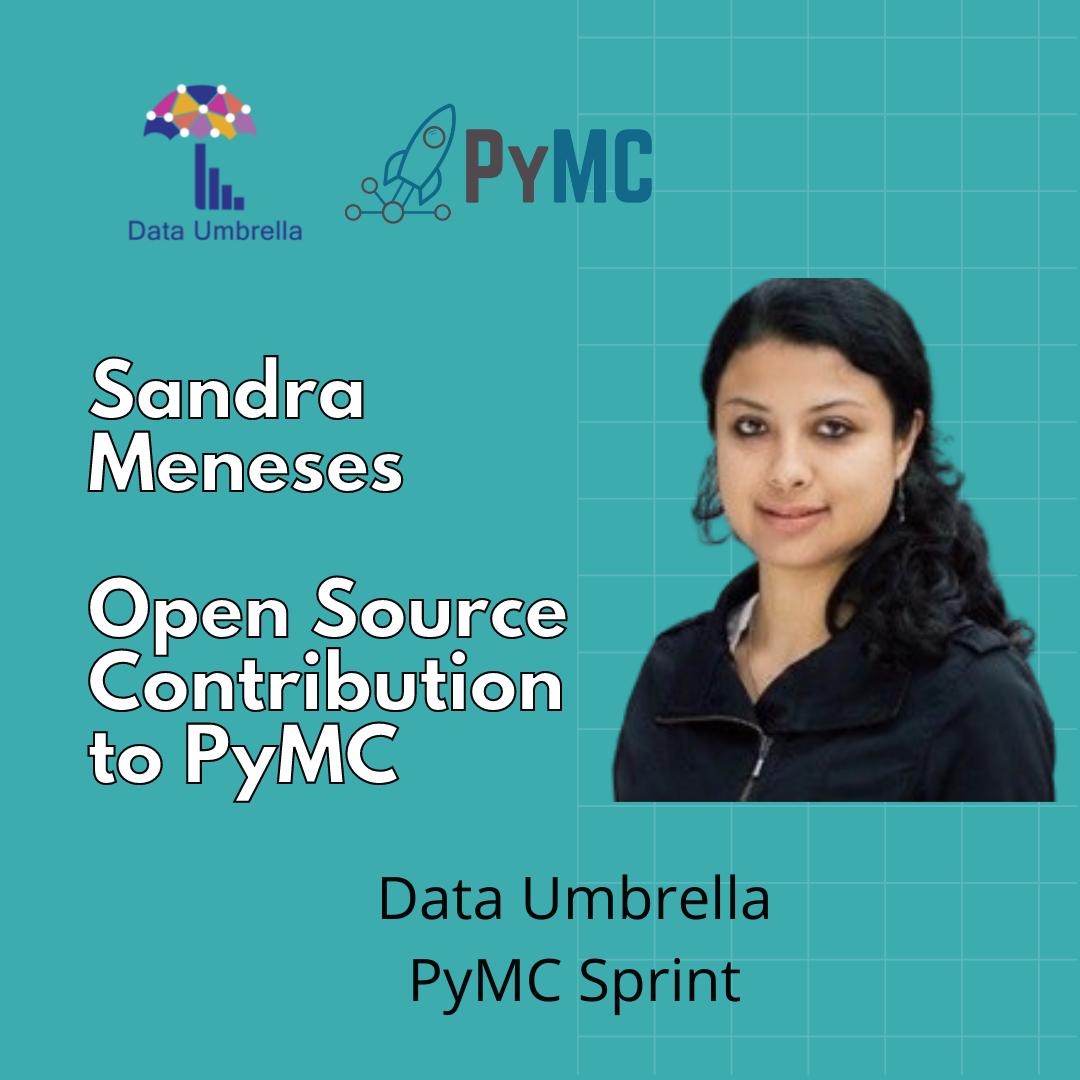